In these times when ‘coronavirus’ is the topmost issue of concern for the whole world, political leaders of different countries are busy taking radical actions to contain the outbreak. However, very few such Heads of State regularly brief the media about their actions and thereby send direct messages to their fellow citizens.

Canadian Prime Minister Justin Trudeau is one such Head of State who regularly briefs the media on the actions taken by his government to contain and mitigate the effects of coronavirus across the country. 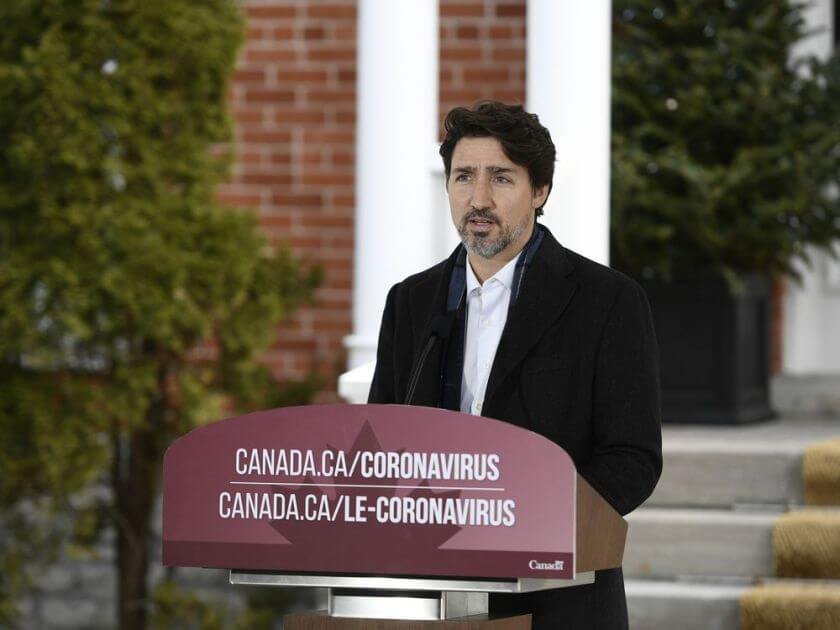 Justin Trudeau started trending on internet recently, as during one such press briefing, few strands of his hair drifted across his eyes due to the ongoing wind and he elegantly flipped it back.

Although what Justin Trudeau did on camera was a very normal act, people rarely see such acts from world leaders on camera. Justin Trudeau once again won the heart of netizens by his good looks and boyish charm and within no time the video clip went viral.

Yeah, so *this* happened! LOL

Although Justin Trudeau is frequently criticised for various policy actions that his government takes, we have to admit it that he is one of the most handsome head of state among all world leaders. Social media users, especially females could not hold themselves and ‘fan girl’ type reactions started pouring in from all directions.

Here are some really interesting comments and reactions given by female fans of Justin Trudeau:

So Justin Trudeau is the hottest prime minister worldwide to date right?

Yeah, this’s actually just happened. 😂 Whoever did this slow motion is a genius! #JustinTrudeau pic.twitter.com/ESKTcM2TPo

Every girl in Canada right now😂😍

I dont know about you but I'm watching the news these days 💯 #COVID19 #JustinTrudeau #StayHome pic.twitter.com/Y2T9zlr1TL

Your hair looks sexy pushed back. #JustinTrudeau | that hair flip tho. pic.twitter.com/HTCaGCAyVn