Sushant Singh Rajput bid adieu to this world forever on June 14. His last film ‘Dil Bechara’ has been released and this film is making everyone very emotional and teary eyed. This film has brought the message of living life to the fullest. 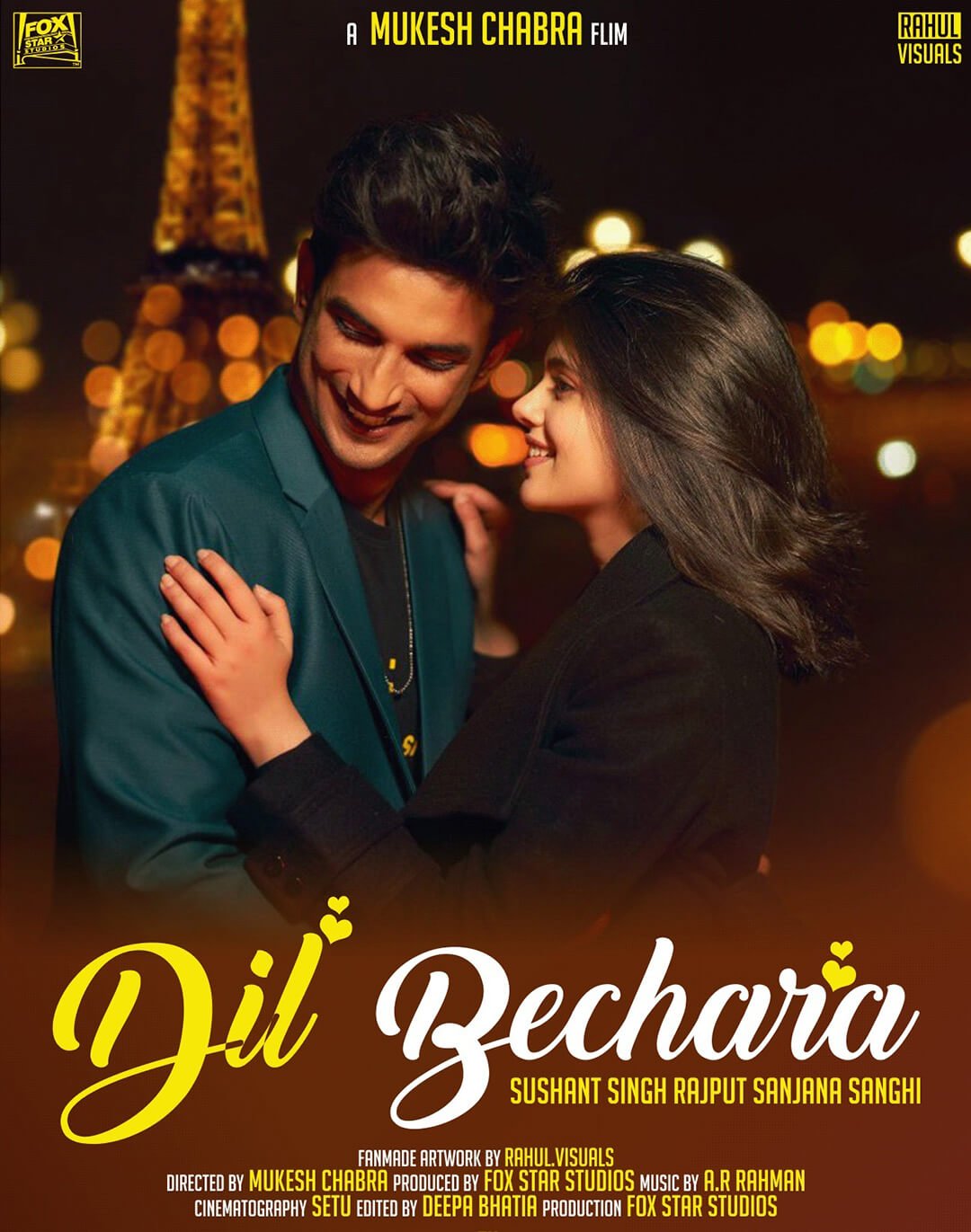 After the release of Dil Bechara on the OTT platform Disney + Hotstar, even TV celebrities as well Bollywood celebrities got very emotional after watching this film. Many celebrities took to social media platforms to pay tribute to sushant Singh Rajput for his last film ‘Dil Bechara’. Actress Rashami Desai, who got a lot of name and fame from TV serial ‘Uttaran’ and TV reality show ‘Bigg Boss’, also got emotional after watching Sushant’s last film. She tweeted, “Felt so heavy while watching him.. his energetic soul and that smile.. Couldn’t stop my tears.. so many memories.. felt sooo real while seeing him in the reel.. Beautiful message and on that note #Seri my friend.. #LoveYou #DilBechara #SushantSinghRajput”

Felt so heavy while watching him.. his energetic soul and that that smile.. Couldn’t stop my tears.. so many memories.. felt sooo real while seeing him in the reel..
Beautiful message and on that note #Seri my friend.. #LoveYou 💝#DilBechara #SushantSinghRajput pic.twitter.com/tn6vqzmq97

Bollywood actor Riteish Deshmukh too watched the film. He wrote, “As promised -I am ready with my popcorn.. watching #DilBechara Time to celebrate #SushantSinghRajput May you be the brightest star in the sky.”

As promised -I am ready with my popcorn 🍿.. watching #DilBechara Time to celebrate #SushantSinghRajput May you be the brightest star in the sky. pic.twitter.com/KmEUPwqBmf

Bollywood actress Bhumi Pednekar could not control her feelings after watching ‘Dil Bechara’. In her Instagram story, Bhumi wrote, “Full of emotions, overwhelmed and can’t stop tearing up. What a class act. So endearing and seemlessly done Sushant. Never experienced something so weirdly painful and beautiful.What a last dance .What a treat for all your fans and loved ones A Forever Sushant Singh Rajput,” 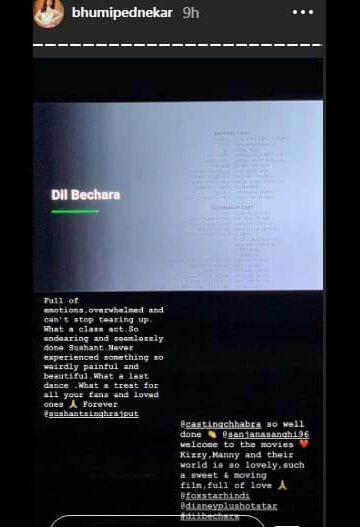 Bollywood actress Taapsee Pannu was eager to watch Sushant Singh Rajput’s last film Dil Bechara. As soon as the movie started, a boomerang video was shared by Taapsee in her Instagram story. After some time, Taapsee Pannu also shared an Instagram story with a heart emoji tagging the film’s director Mukesh Chhabra. 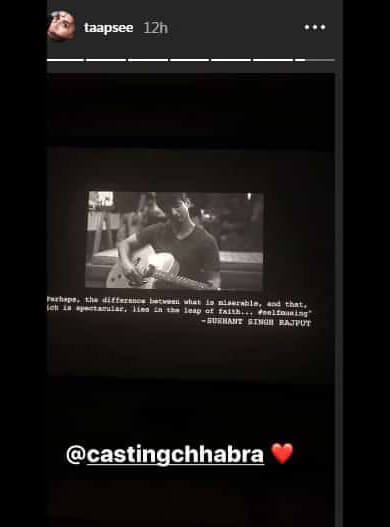 Bollywood actress Sara Ali Khan also became very emotional after watching Dil Bechara. On Instagram, she shared Sushant’s photo with his father and actor Saif Ali Khan. She wrote, “This is to the last thing you two have in common- #DilBechara”

The only two gentlemen that have spoken to me about Sartre, Van Gogh, telescopes and constellations, guitars, The Northern Lights, cricket, Pink Floyd, Nusrat Saab and acting techniques. This is to the last thing you two have in common- #DilBechara ❤️🙏🏻 Now on Disney Hotstar! 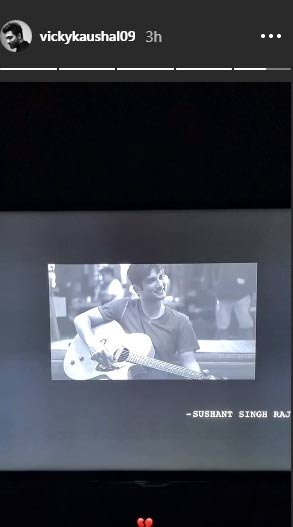 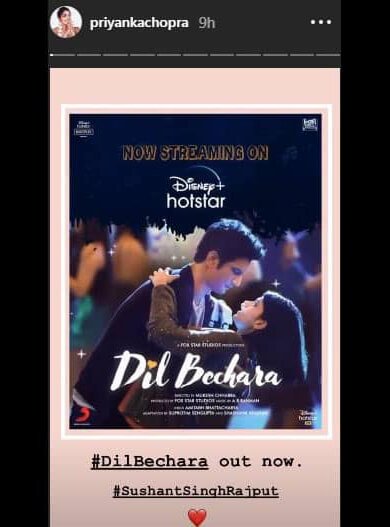 Many other celebrities paid their tribute too

‪Jisne bhi tumhe dukhi kiya hoga woh aaj baitha ro raha hoga… Sleep well my friend.. will pray some more for you tonite as we all go to bed with a heavy heart … ‬💔😢

@sushantsinghrajput this feeling can’t be put in a correct way …. this feeling of loss… why does ur presence feel so real ?? Why does ur face light up and become alive at every minute .. and this urge to feel it was all fake …. and that we would applaud ur work with u !!! I know this feeling is felt by … I don’t even know how many…. all I can say is that u left us wondering … u left us with questions … u left us with so many unsolved thoughts…. my heart is racing… tears are falling !!! This can’t be ur last film … this can’t be ur last memory …. the industry deserved more of u …. muchhhh more !!!!!! Missing u Sushant …. until we meet !! May ur soul know that u r loved by so many …. #rip

In this last film of Sushant Singh Rajput, there is actress Sanjana Sanghi opposite Sushant in the lead role. Sanjana Sanghi was earlier seen in Imtiaz Ali’s film Rockstar. 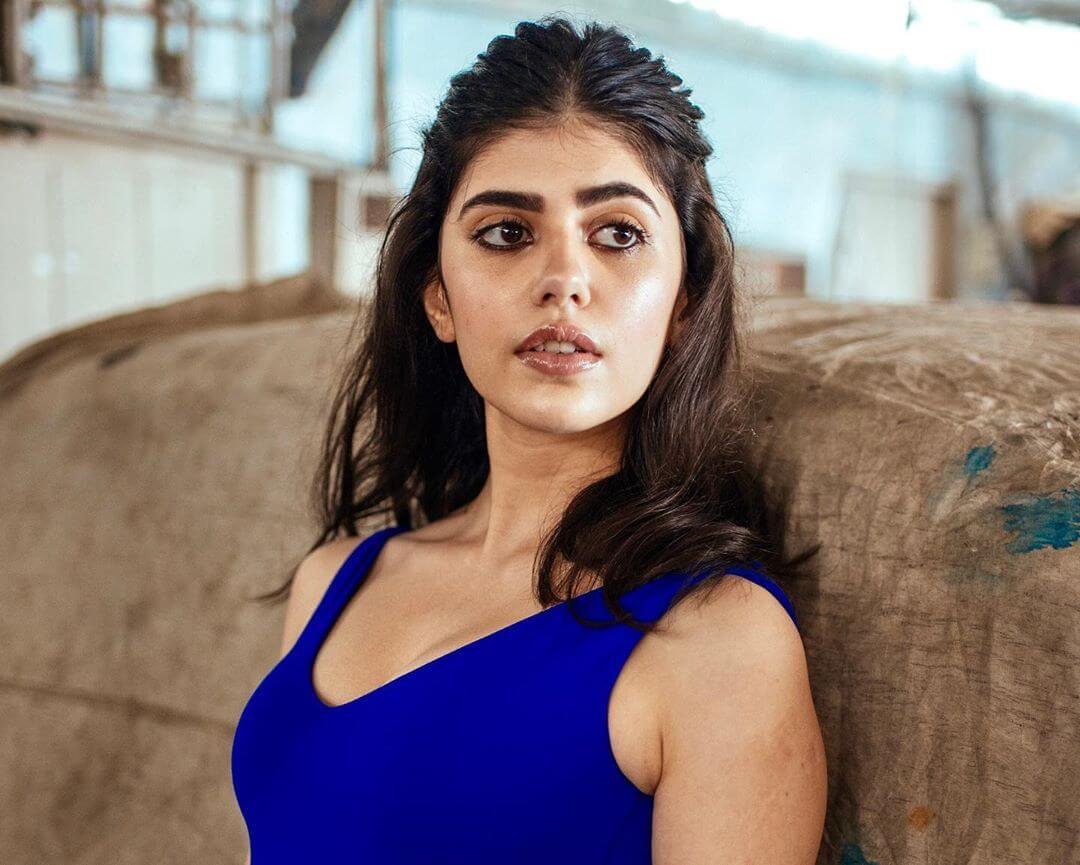 In that movie she played the role of Nargis Fakhri’s sister. This is the first film of film director Mukesh Chhabra as a director. 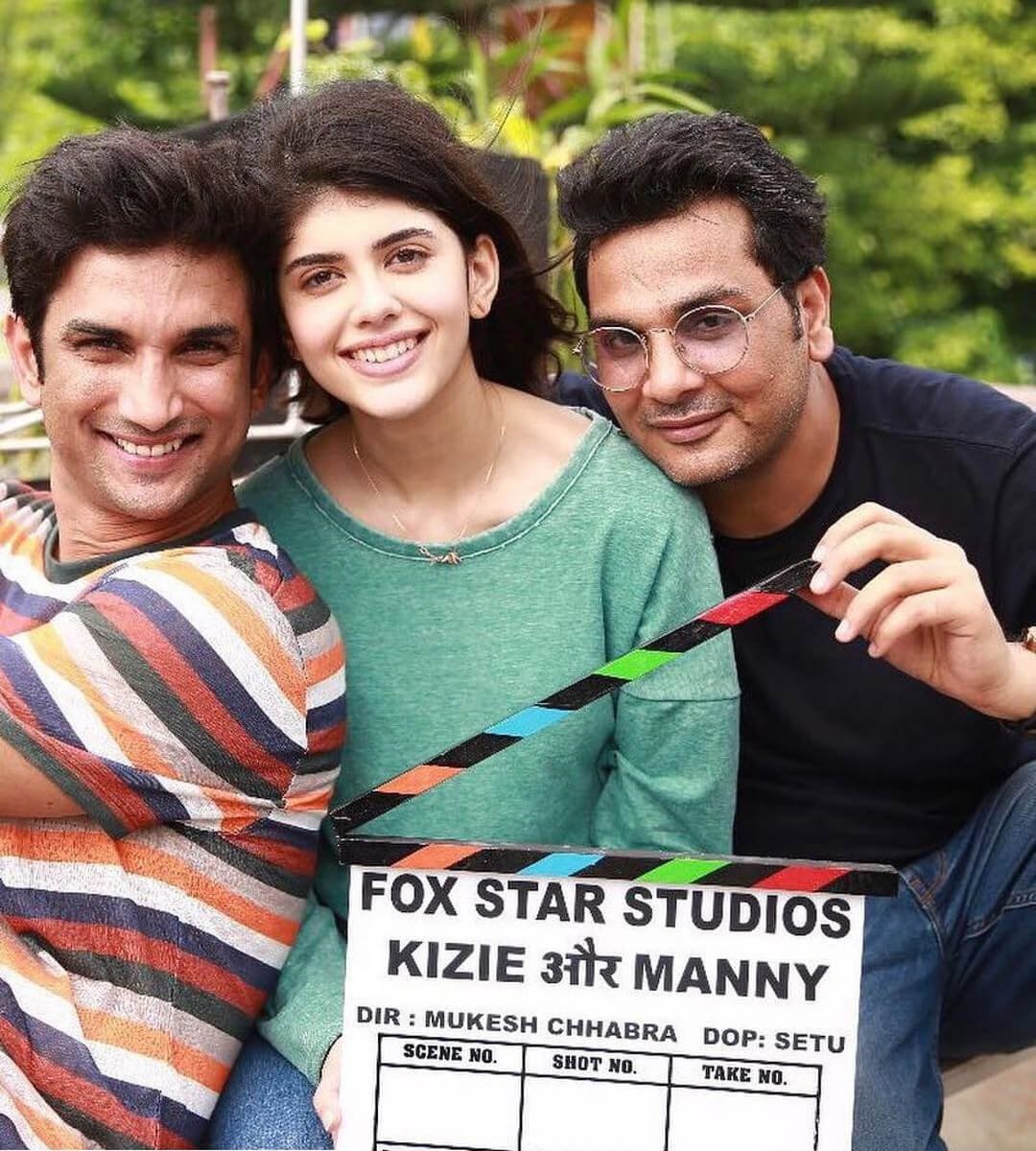