As you must be aware, Jupiter is the largest planet of the solar system. Since time immemorial, Jupiter has always fascinated ancient sky gazers and modern astronomers alike. Although it is located millions of kms away from Earth, it is the 3rd brightest natural object (after Moon and Venus) visible in the night sky of Earth.

Hereby we are presenting 10 stunning pictures of Jupiter which have been captured by America’s National Aeronautics and Space Administration’s (NASA) Juno Space probe. 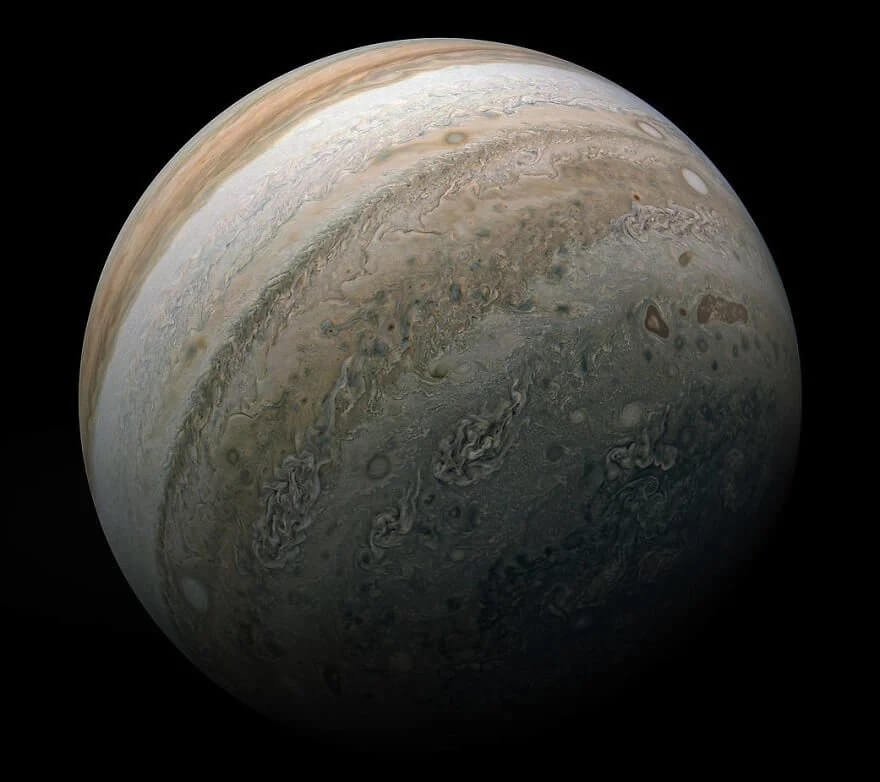 Closest Ever picture of Jupiter 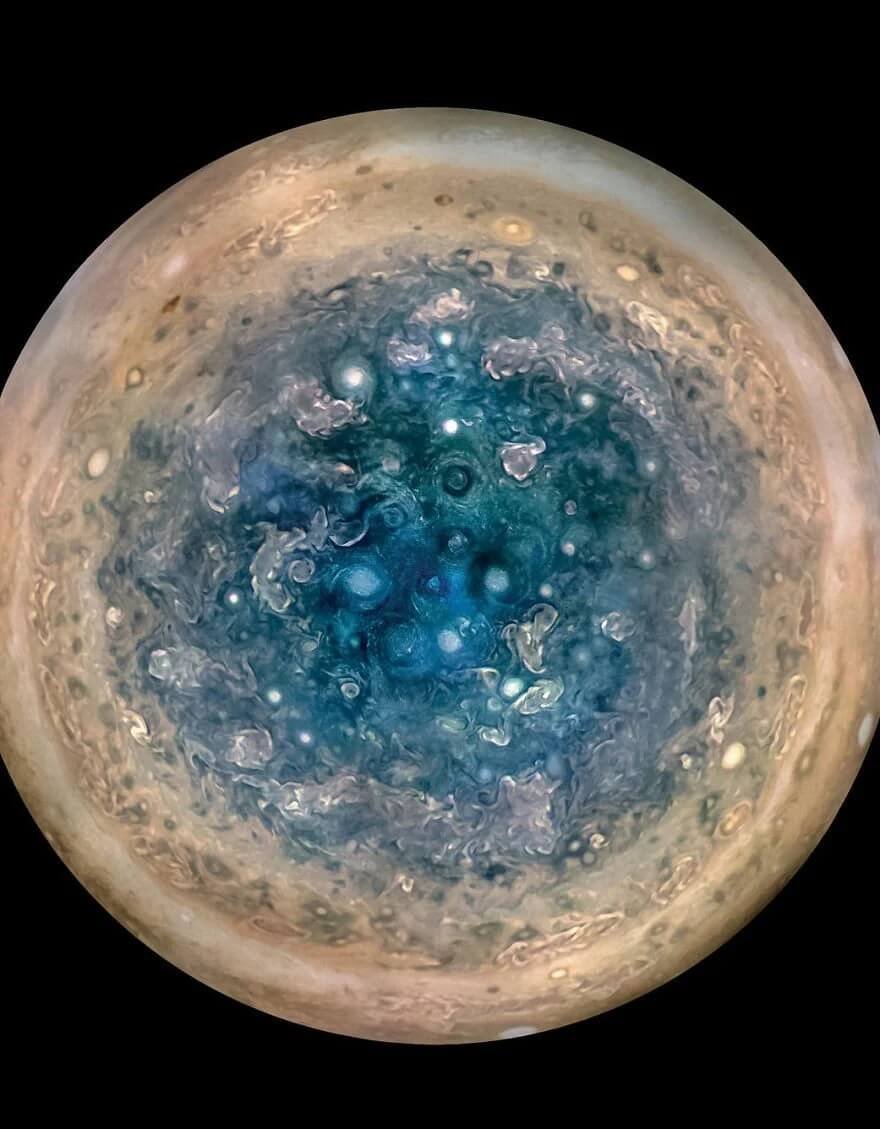 In this picture, the visible egg-shaped pattern are the cyclones that have occurred on the planet 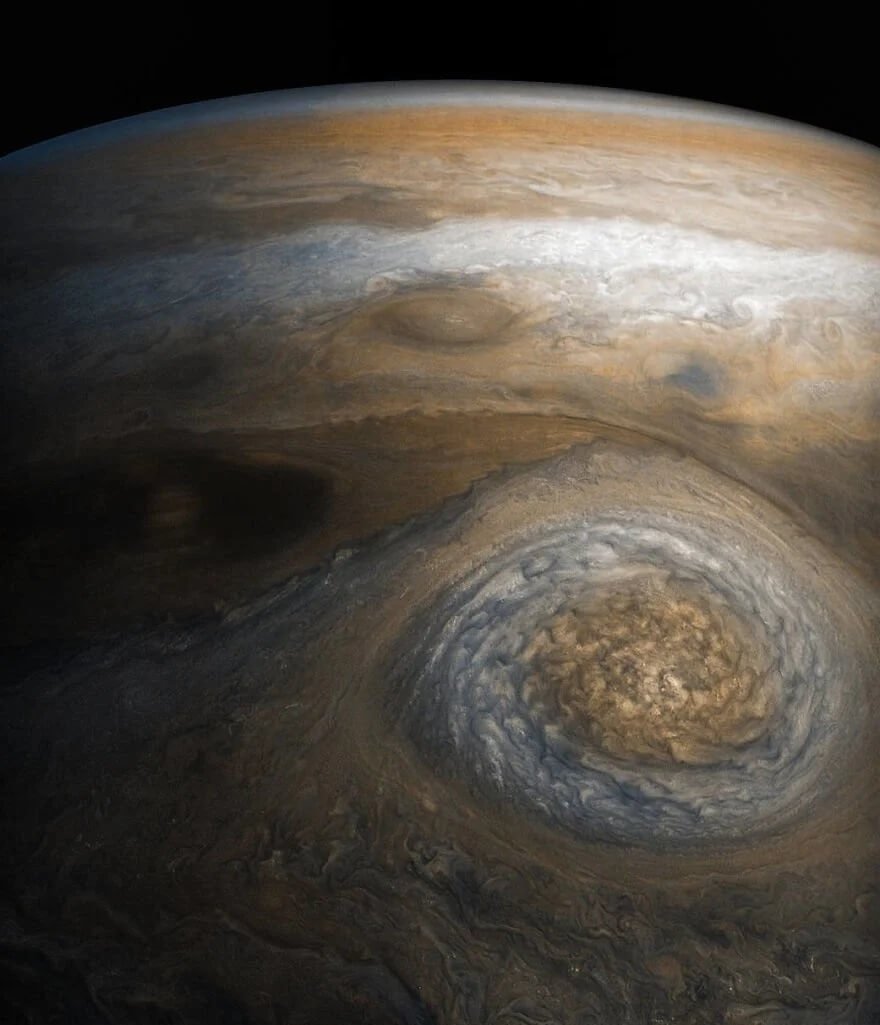 A complex pattern of clouds in the Northern hemisphere of Jupiter

It is to be noted that Jupiter is a giant gaseous mass. It does not have a hard surface like Earth 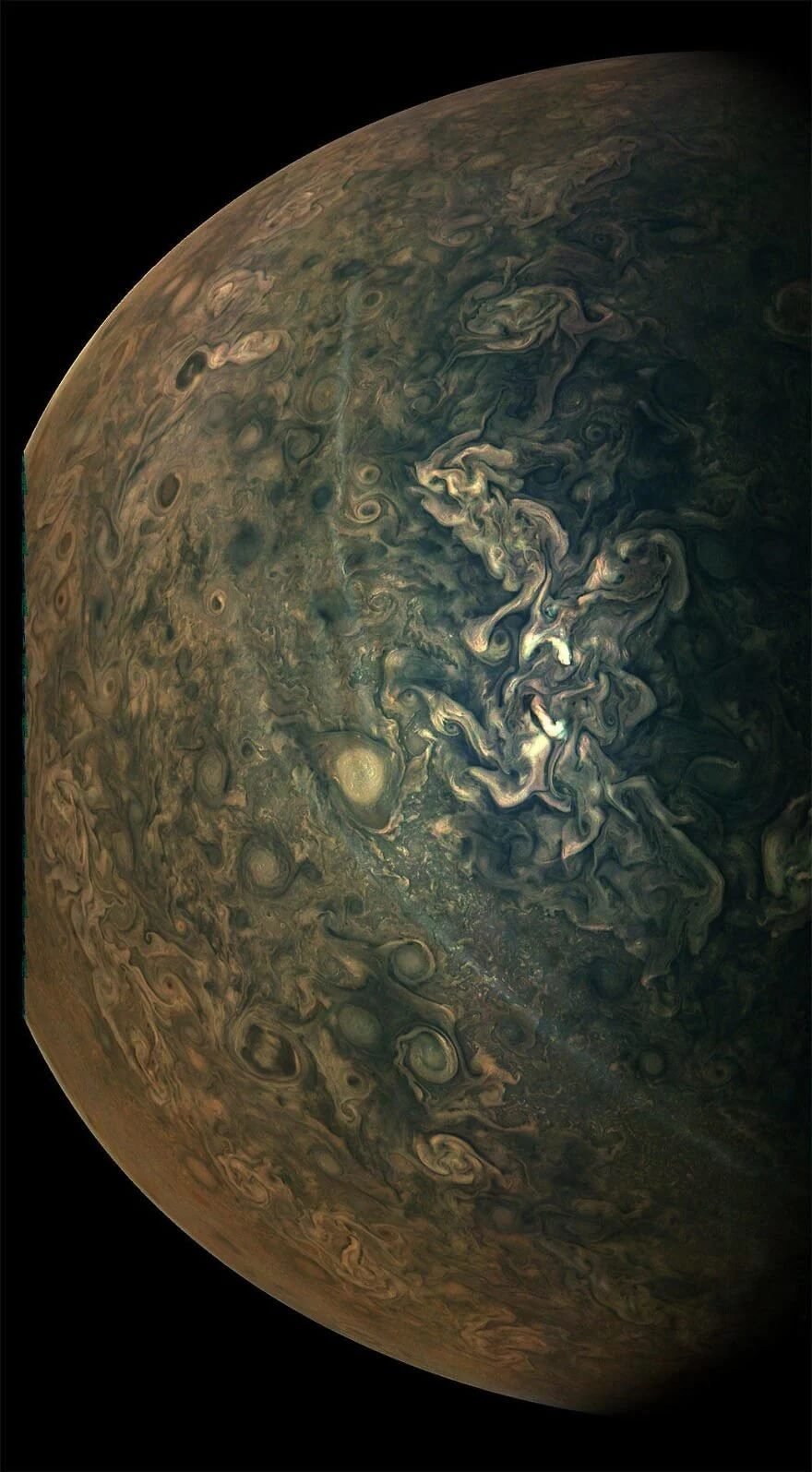 Picture of South Pole of Jupiter 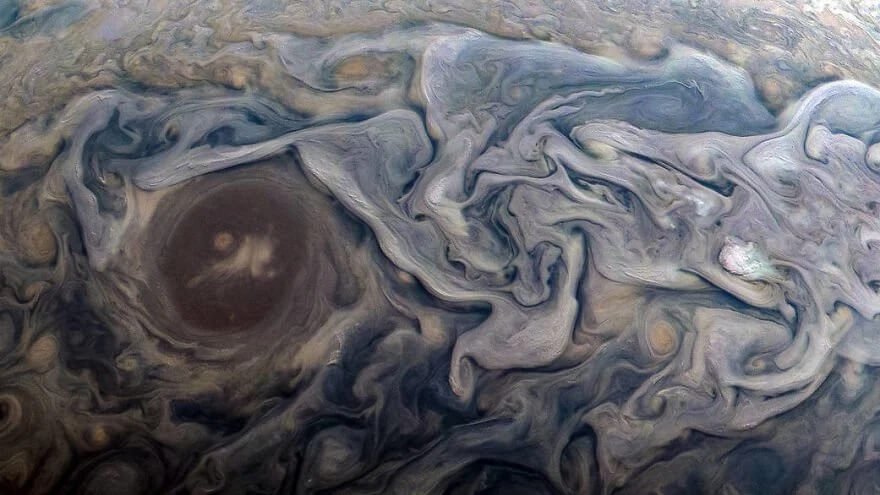 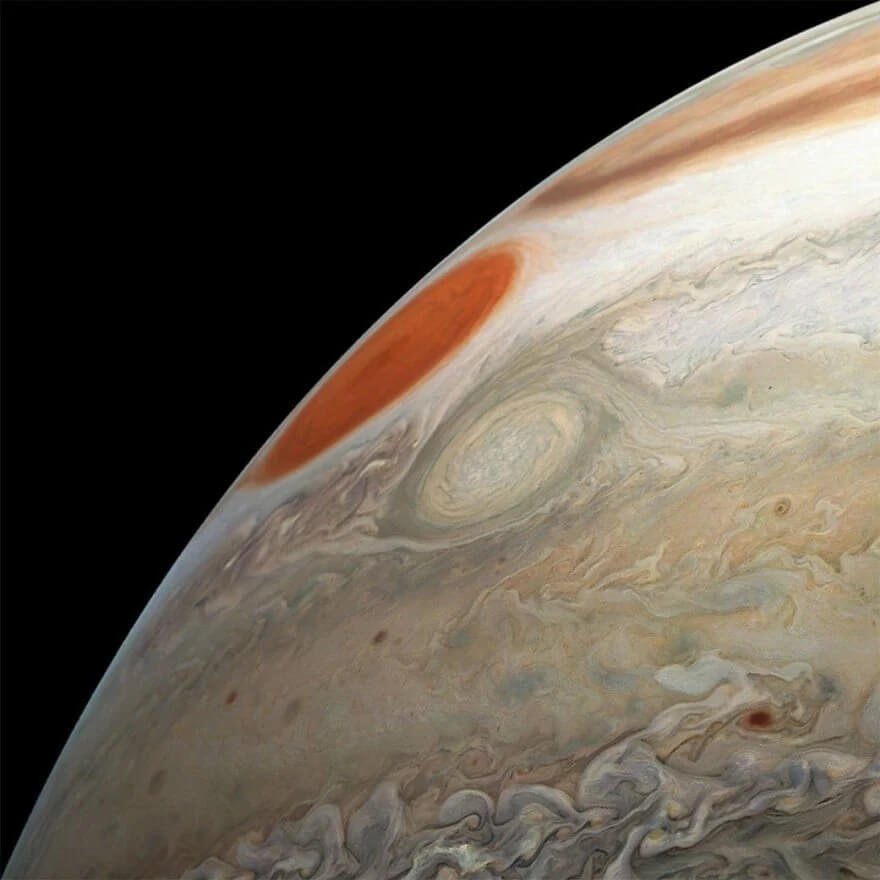 In this image, the Black spot is the shadow of one of Jupiter’s moon. Jupiter has 79 known moons

A picture of Jupiter’s atmosphere. The sight of two cyclones colliding with each other is clearly visible.