Shruti Hassan, just like her father Kamal Hassan is known for her upfront approach in expressing her views about film industry and other general topics at large. 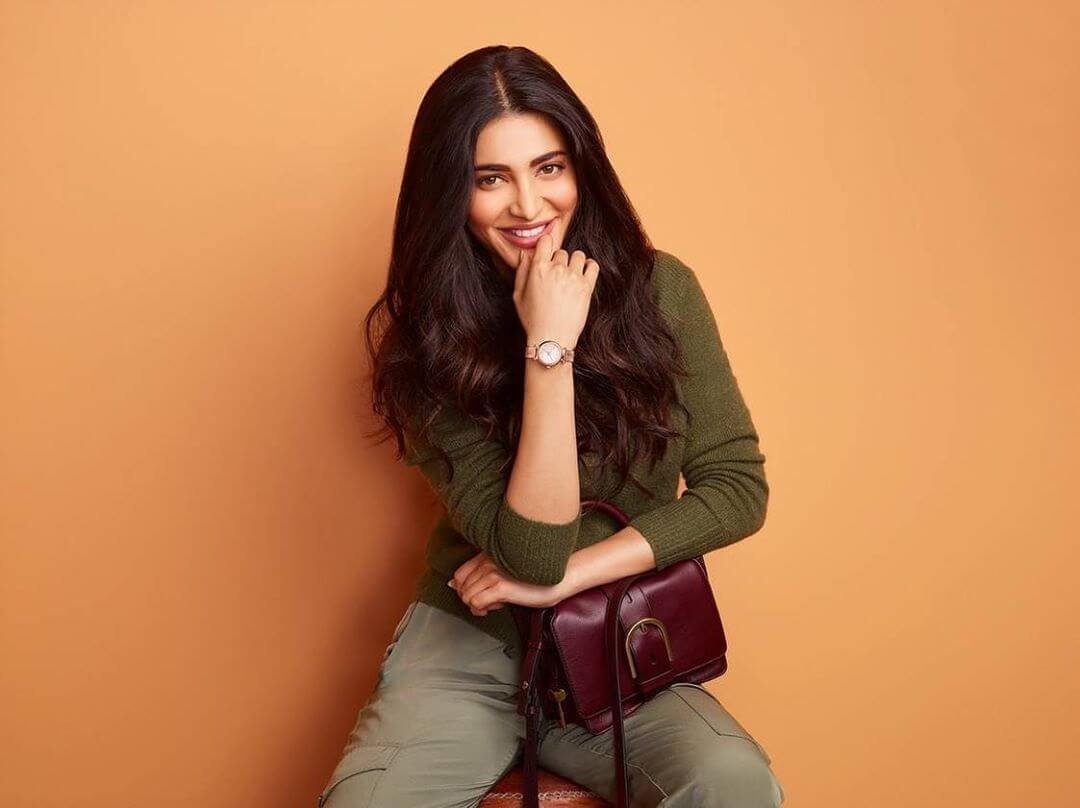 Recently in her post, which was apparently a response to some trolls, she expressed her views on body shaming and plastic surgery.

Female celebrities, especially Bollywood actresses are often subjected to body shaming, sometimes by media, while sometimes by general masses on social media. Shruti Hassan too has been a victim of body shaming. Throughout her career, sometimes she has been called too thin, whereas there also came a phase when people pointed out that she has gained weight. 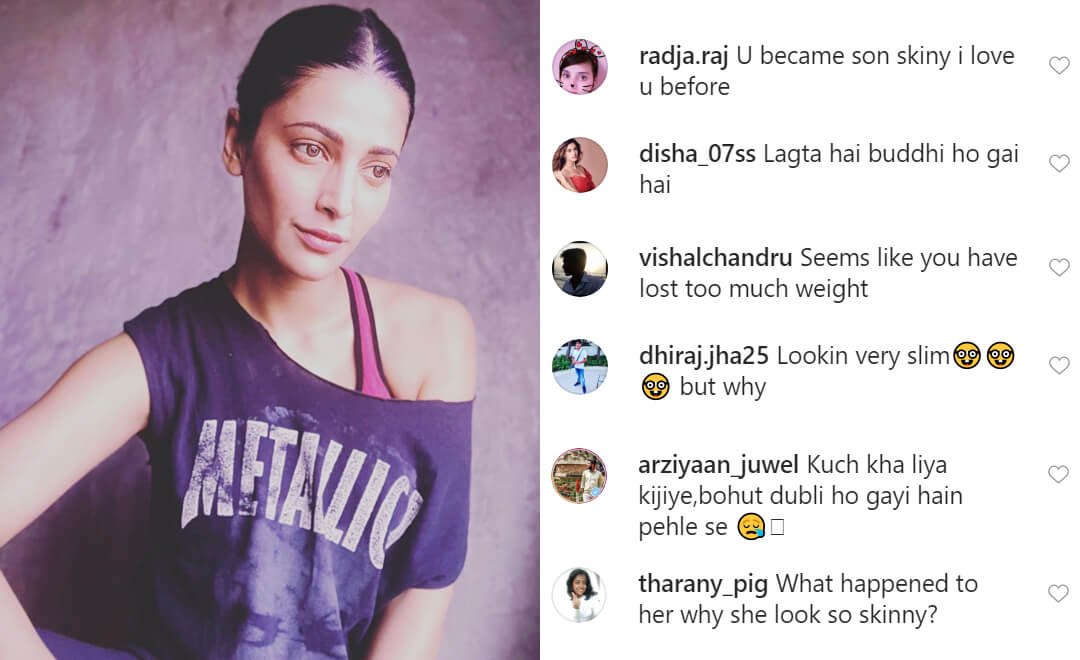 Shruti thinks that such type of constant reactions is just ‘Avoidable’. She acknowledges that it is indeed difficult to deal with changes one’s body goes through over a period of time and one should learn to take it in stride. She also says that being judgemental about anyone’s body type is not cool at all.

So …. I decided to post this right after my previous post and I’ll tell you why. I’m not one driven by other people’s opinions of me but the constant commenting and she’s too fat now she’s too thin is so avoidable. These two pictures have been taken three days apart. I’m sure there are women out there who relate to what I’m going to say. Most often I’m at the mercy of my hormones mentally and physically and over the years I work hard to try and have a healthy relationship with it. It isn’t easy. The pain isn’t easy the physical changes aren’t easy but what’s become easier to me is to share my journey. No one famous or not is in a position to judge another person. Ever. That’s just not cool. I’m happy to say this is my life my face and yes I’ve had plastic surgery which I’m not ashamed to admit. Do I promote it ? No am I against it ? No – it’s just how I choose to live. The biggest favour we can do for ourselves and others is just be and learn to accept the changes and the movement of our bodies and minds. Spread love and be chill . I’m learning everyday to love me for me just a little more because the greatest love story of my life is with myself and I hope yours is too 🙂

It is being speculated in media and public since long time that Shruti Hassan has undergone plastic surgery to enhance her looks. To this, Shruti herself has given clarification that ‘YES’ I’ve had plastic surgery. In the same sentence, she also added that she is not at all ashamed about it as it was her choice. She also clarified that she neither promotes plastic surgery, nor she is against it. Going through plastic surgery is a matter of personal choice.

As a concluding remark to this viral post, Shruti Hassan mentioned that a favour that we can do to ourselves as well as others is to accept the changes that take place in mind and body over a period of time. She ended with a very deep-meaning statement that “the greatest love story of my life is with myself.”